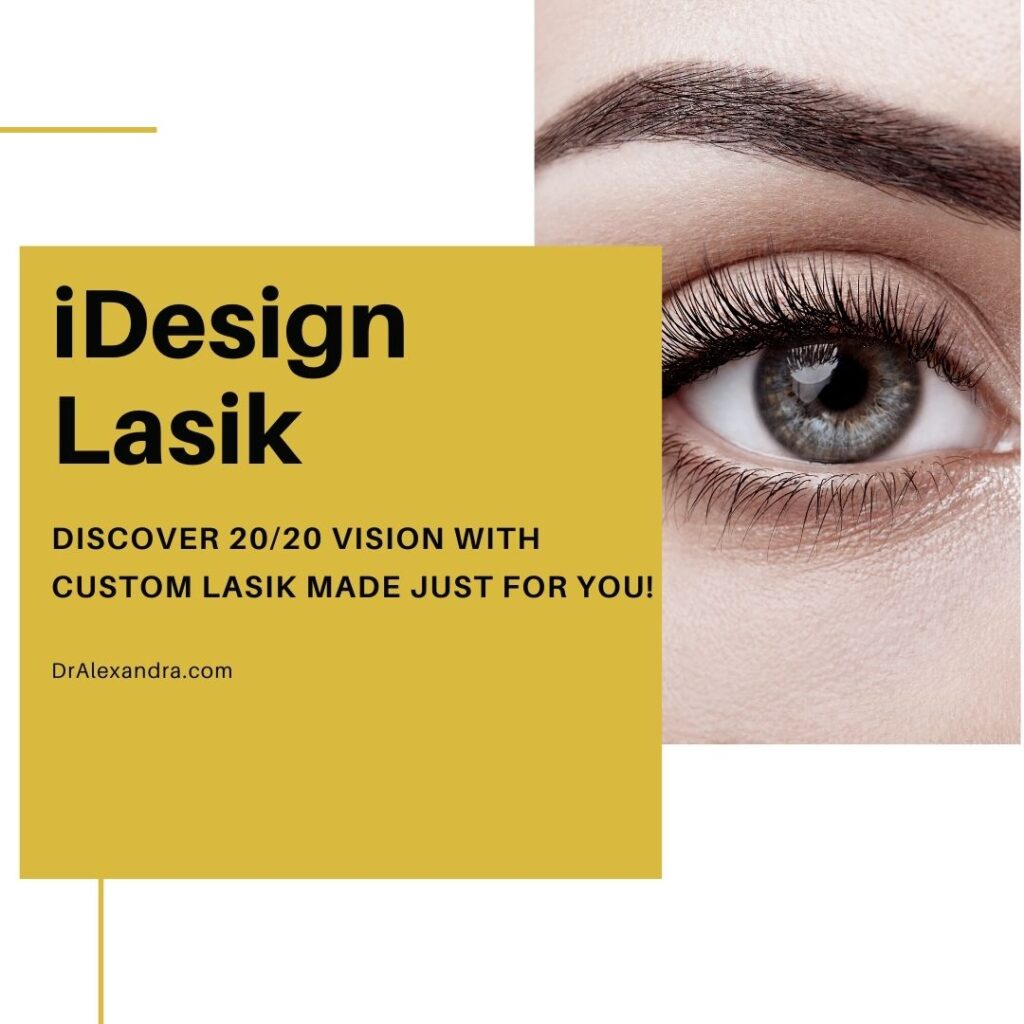 Originally invented in the 1970s but approved by the FDA in 1995, LASIK has been the preferred choice of corrective laser eye surgery for 25 years. Yet during that time, LASIK has been perfected. Now more exact and precise than ever, the surgery has been customized to correct eyesight in a variety of patients. Here’s a glance at the advancement of LASIK, and how custom LASIK compared to conventional LASIK provides a number of options for patients wanting 20/20 vision.

Conventional LASIK, also known as standard LASIK, is the successor to PRK—the first corrective eye surgery used by eye surgeons. Since its inception, conventional LASIK has treated millions of people around the globe affected by refractive issues such as astigmatism, nearsightedness, and farsightedness.

Similar to an eye exam, the ophthalmologist performs an eye refraction on the patient to assess the vision level. Once a candidate is approved for the procedure, the doctor starts by cutting a flap in the corneal surface. The surgeon then uses an excimer laser to reshape the cornea and puts the epithelial flap back into place to complete the process.

The typical recovery time of conventional LASIK is 24 to 48 hours. But others may still see halos or a haze for one to two weeks; it’s all dependent on the patient. However, up to 99% of patients gain 20/40 vision with around 90% enjoying 20/20 vision.

Over the past 25 years, new technology has allowed LASIK to undergo a revolution. As a result, precision has increased, and the effectiveness of the treatment is near perfect. While custom LASIK is often used as a general term, here’s a glance at the two most popular treatments.

Wavefront LASIK is a more modern approach to LASIK surgery. With wavefront LASIK, Dr. Alexandra Chebil can map the eye to detect aberrations and abnormalities. This forms a topographical map of the eye that a computer-guided laser uses to reshape the retina and cornea. Although less invasive than conventional LASIK, wavefront LASIK comes at a higher cost. However, it’s been proven more effective in improving clarity of vision, night vision, and color contrast.

While both conventional LASIK and custom LASIK are successful at treating refractive eye issues, custom has the edge in terms of overall effectiveness. But don’t count out conventional. Some patients aren’t candidates for custom LASIK, making conventional the only sound option. Talk to your eye care professional today to schedule an appointment and discover which procedure is the better choice to say goodbye to eyeglasses and contact lenses.

Dr. Alexandra Chebil takes pride in her private, one-on-one Lasik practice.  Your vision correction needs are specific to you, thus the personalized level of care provided is essential when it comes to vision correction.

If you’re ready to discover all the options available to you so you can finally get rid of your glasses or contact lenses for good.  Book a complimentary consultation with Dr. Alexandra Chebil today.